AirMarket joins TELUS for the opening of HUB 350

AirMarket joins TELUS for the opening of HUB 350

AirMarket participated in the opening of HUB 350 as one of TELUS’ innovation partners.

The event was held in Kanata, Ontario, which is just outside of Ottawa, from October 27 to 29, 2021. It was designed to be both an official opening but also an opportunity for the member companies (such as TELUS) to highlight some of their current innovation activities. In addition to a static display of its

systems, AirMarket conducted a series of “connected drone” demonstrations, where it flew a drone in Kanata, piloted over the cellular network from Edmonton. In addition to remote operation, AirMarket also demonstrated a range of capabilities under development, including Unmanned Traffic Management (UTM), airspace surveillance and computer vision.

The Premier of Ontario, Doug Ford, visited its display in addition to other dignitaries and groups of high-tech companies and TELUS customers. Premier Ford was an excellent visitor, and took a turn at piloting a drone in a controlled, simulated environment. 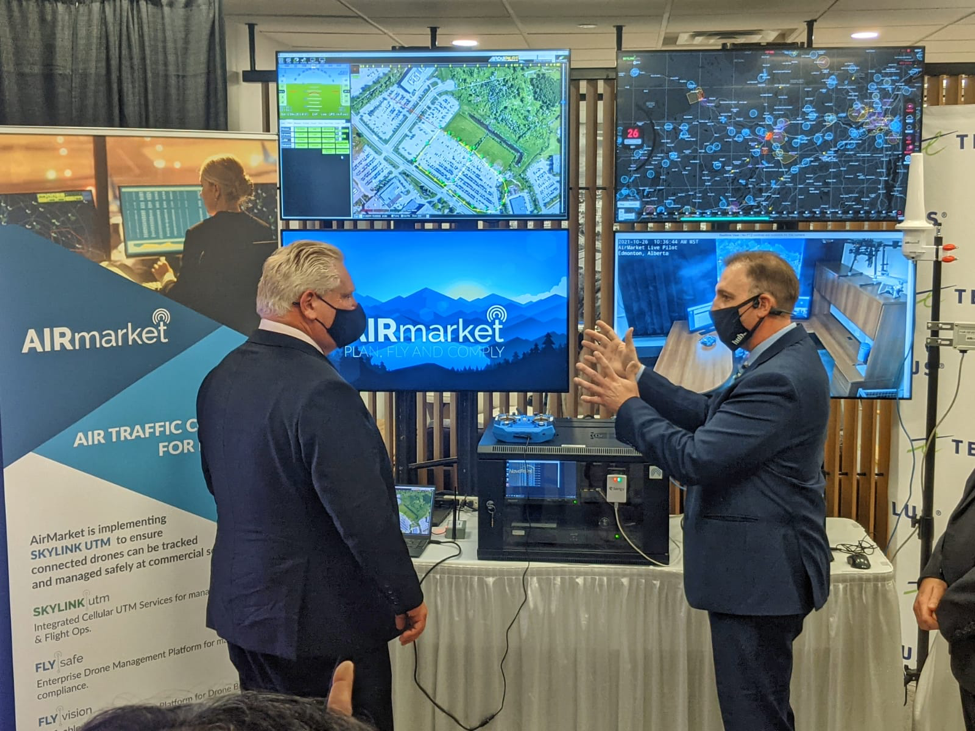